Imagine an overturned toy delivery truck blocking a single-lane highway leading to an empty toy store. Now picture this happening on Christmas Eve. A blockage in a coronary artery is similar, since these arteries are the only path for oxygen and vital nutrients to reach heart muscle. Well nourished heart muscle then pumps blood to the rest of the body. Blockages in the coronary arteries lead to coronary heart disease (known as CHD or CAD). Although due to an artery problem, CHD is a disease of heart muscle. Disruption of heart blood flow causes chest pain (known as angina pectoris), heart muscle stunning or irreversible damage. When the heart muscle is stunned or damaged, it can’t pump as well – leading to congestive heart failure. 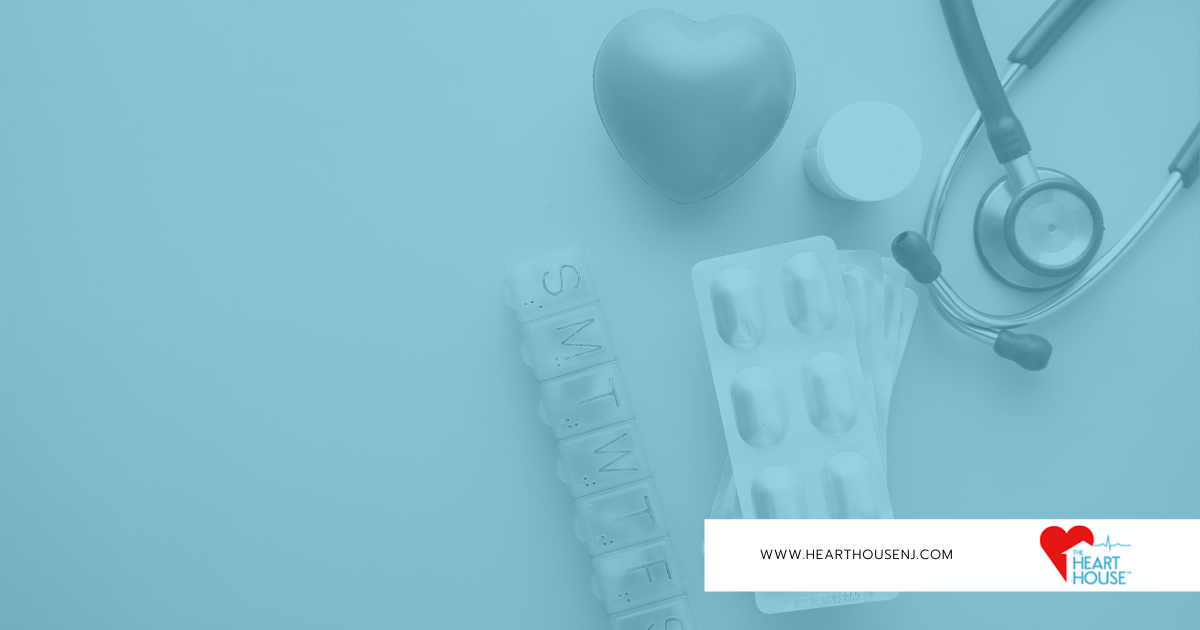 Coronary plaque consists of cholesterol, scar tissue, calcium deposits and immune cells. Blood clots may form in areas of significant plaque buildup, or rarely in areas with minimal plaque. Chest pain during exercise is due to plaque that blocks greater than 70% of the artery. A heart attack (known as a myocardial infarction) occurs with total or near total blockage of the artery, leading to muscle damage. This is often the consequence of sudden and dramatic worsening of a blockage, often when the plaque “cracks” open, exposing its contents to sticky blood cells (which form the clot). A study published in 1998 demonstrated “fatty streaks” in the aorta and coronary arteries of young trauma victims (as young as two years of age). The point:  Coronary plaque cannot be prevented, but the plaque buildup can be slowed. In order to protect from CHD, patients need to be aware of non-modifiable risk factors, understand and control modifiable risk factors, and recognize when to be tested.

Although many people wish otherwise, DNA and age are attributes that cannot be changed. Genetics (the “family history”), gender and age are the major “non-modifiable” risk factors for CHD. A family history of heart disease refers to CHD in a male first degree before the age of 55, or a female first degree relative before the age of 65. The age at which risk increases is different for men and women: after 45 years of age for men and after 55 years of age for women. Although these traits can’t be altered, recognizing them allows for recognition and treatment of higher risk individuals.

Classic risk factors for CHD include smoking, high cholesterol, diabetes and hypertension. Of these, smoking is the only one completely under our control. Tobacco use increases the risk of dying from heart disease by two-thirds. While the best strategy is not starting, various medicinal and non-medical methods effectively help smokers quit.  It is also important that family doctors check blood pressure, cholesterol and blood sugar regularly. Physicians define hypertension by blood pressure values greater than 140/90 mmhg, although slightly lower measurements (120-139/80-89 mmhg) have been labeled “pre-hypertension” due to some increased cardiovascular risk. A common criteria for the diagnosis of diabetes is fasting glucose higher than 125 mgs/dL, although slightly lower values (100-125 mgs/dL) are also associated with increased CHD risk (and are designated “impaired glucose tolerance,” or pre-diabetes).

Staying with the theme, the risk due to cholesterol increases as LDL (bad) cholesterol increases and HDL (good) cholesterol decreases. The goal cholesterol level is a moving target, and depends on individualized assessments of cardiovascular risk. To determine individual goal cholesterol levels, physicians take into account the presence of the other risk factors and use a scale called the Framingham Risk Score.  In order to help patients track their CHD risk factors and their Framingham Risk Score, the Heart House provides report cards that can be brought to each outpatient visit.

The best initial screening test for CHD is a thorough check-up performed by an internist, family physician or cardiologist. Attention should be paid to detecting and treating classic cardiovascular risk factors. Beyond that, there are a number of studies that directly screen for CHD. There are two categories of tests: functional testing and anatomic testing. Functional tests include stress tests: exercise ECG, treadmill nuclear imaging, pharmacologic stress nuclear imaging, exercise echocardiography and pharmacologic stress echocardiography. All of these exams stress the heart (through exercise or medication) and use an ECG (with or without x-ray images) to detect “ischemia.” Ischemia is the term for decreased heart blood flow. Anatomic tests include static x-ray studies that look for artery plaque such as CT scans of the heart (including EBCT, MDCT or CT angiography) and ultrasound examination of arteries elsewhere in the body (like a carotid ultrasound).

The two types of screening tests look for very different things. Functional testing is designed to detect plaque that is actually disrupting blood flow, but doesn’t detect non-obstructive plaque.  The anatomic tests detect lesser degrees of plaque but fail to assess whether the plaque is having any impact on heart muscle. Functional tests are better at predicting how a patient will fare over the course of the next several years, whereas anatomic tests are better at detecting earlier stage disease.  These tests are critical to assessing whether patients with symptoms (such as chest pain or shortness of breath) have CHD. However, in people without symptoms the benefit isn’t as clear, and  major medical groups are divided as to which asymptomatic patients should undergo screening. In general, the benefit of screening is greatest in patients with either diabetes or multiple risk factors; this is especially true before starting an exercise program. Individuals with high risk professions (such as airline pilots or school bus drivers) may also require screening. The best strategy is an individualized risk assessment by a cardiologist, with further testing depending upon personal characteristics and the presence or absence of symptoms.

CHD risk reduction always begins with a healthy diet, exercise and weight loss (if appropriate). Studies have shown that diets high in fruits, vegetables and fibers reduce the risk of CHD. The benefit of fruits and vegetables may be partially due to anti-oxidants. Interestingly, studies looking at vitamin and antioxidant supplementation have failed to show any benefit in the prevention of CHD. Other sensible dietary habits include eating omega-3-fatty acids (fish oil), limiting red meat and limiting saturated fat and trans-fats. Recently a lot of attention has also been paid to the glycemic index, with an emphasis on choosing healthy carbohydrates such as wheat bread instead of white bread or potato bread. For certain body types (such as people prone to belly fat), paying attention to the glycemic index may be more important than limiting fat intake.

Exercise is a critical component of cardiovascular health. General guidelines for exercise include 30-60 minutes per day on most days of the week, with a focus on aerobic activity (such as walking, jogging, swimming or endurance machines). The target heart rates should fall between 60% and 85% of the maximal predicted heart rate (which is calculated as 220 – age). More practically, it isn’t necessary to closely follow the heart rate; in order to be effective, exercise should lead to sweating, fatigue and some shortness of breath. Weight training is a useful adjunct to aerobic training, as building lean muscle has a favorable effect on cholesterol. There are situations where exercise should be avoided, or be performed only in a supervised setting (usually following an exercise prescription). In general, patients with documented CHD, certain inherited conditions (for example, hypertropic cardiomyopathy) or CHD risk factors should consult a physician before starting an exercise program.

Other important interventions to prevent development of CHD are stress reduction, smoking cessation and drug therapy for hypertension, high cholesterol and diabetes. CHD is often attributed to psychological stress and depression. The risk of heart attacks is indeed higher following personal tragedy and public disasters. A direct link is not so clear, however, because such events also lead to changes in activity level, sleep and diet. Nonetheless, it’s sensible to seek assistance during stressful times, especially with preexisting CHD or CHD risk factors. There are many resources available for smokers who want to quit. Finally, the treatment of hypertension, high cholesterol and diabetes is undertaken with a physician. In addition to diet and exercise, common medications include low dose aspirin (to prevent blood cells from sticking to coronary plaque) along with “statins” (a type of cholesterol lowering medication). There are various medications available to treat blood pressure and diabetes. With the exception of statins (which have consistent benefits independent of their cholesterol lowering effects), the type of medication is less important than how well it works for a given person.

While prevention of coronary plaque is not a realistic goal, prevention of CHD certainly is. The first step is adopting good habits (eating healthy, exercising and avoiding tobacco). The next step is becoming an educated consumer and understanding modifiable and non-modifiable risk factors. This allows individuals to estimate personal risk, and discuss with their physicians whether screening tests for CHD are necessary. Finally, understanding risk allows for appropriate treatment of CHD risk factors before they lead to actual CHD.

— Dr. Andrew Zinn is an Interventional Physician with the Heart House